Prior to the current library, books were kept in the private libraries of cathedral chapters and archdioceses. From the reign of Saint Stephen until the beginning of the 16th century, approximately 300-400 volumes of codices and incunables were collected in the town of Kalocsa which were primarily used by the teachers, students and priests of the Archdiocese. In 1526, following the death of Archbishop Pál Tomori at the battle of Mohács, the Ottomans occupied Kalocsa in 1529. Members of the cathedral chapter fled the town, taking their valuables and books with them. From the medieval collection only two incunables were retrieved at the beginning of the 20th century. Although some pieces of the collection are preserved in other libraries across the world, most of the books got lost mainly as a result of the Ottoman rule. The two retrieved incunables are exhibited in our library:
S. Augustinus: Sermonum Opera
Basel: Johann Ammerbach, 1495.
From the library of Lector János Vásárhelyi (1502-1513).
Isidorus Hispalensis: Etymologiae…
Augsburg: Günther Zainer, 1472.
From the library of Provost Balázs Váradi (1478-1510) 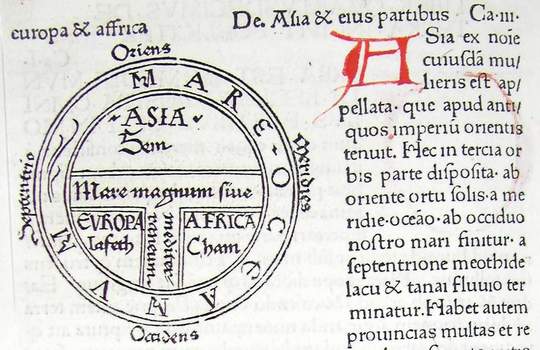 At the beginning of the 18th century, the primary tasks of the archbishops who were re-building the diocese included the reconstruction of the cathedral chapter. Canons, members of the cathedral chapter, were the primary assistants of the archbishops. Books were essential for their work as official notaries, for their liturgical activities, as well as for teaching in the seminary and for the church governing activities of the archbishops. Our knowledge and information about the 18th century collection of the library is based on catalogues and inventories from the era. One of the earliest inventories of the collection was made by Lector György Házy in 1752. The inventory contains 287 works altogether in 602 volumes.
Our earliest catalogue exhibited:
Inventarium librorum Metropolitanae Ecclesiae Colocensis… 1752
This "first catalogue" includes the following volumes:
Péter Pázmány Hodegus. Igazságra-vezérlő kalauz (Guide to Truth)
Nagyszombat: Jesuit College Press, 1766 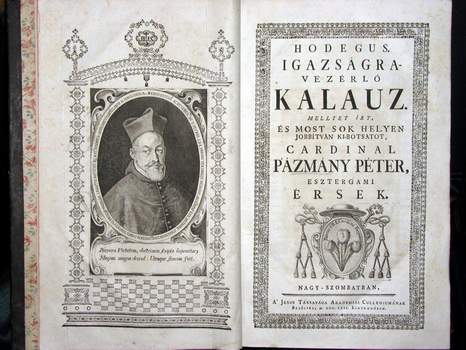 Francis Bacon: Operum moralium et civilium…
London: R. Whitaker - E. Griffin, 1638.
René Descartes: Musicae compendium
Frankfurt am Main: Knoch, 1695.
The 18th century collection of the cathedral chapter library was primarily used by the clergy of the diocese. The receipts in the attachment of the inventory prove the borrowings of books. According to one of the receipts, Professor of Rhetoric, Ambrosius Calepinus borrowed an eight-language dictionary and works by Seneca and Cicero.
Ambrosius Calepinus: Dictionarium octo linguarum...
Basel: Sebastian Henricpetri, 1584. The front cover depicts Emperor Maximilian II.
Ex libris seal of Archbishop Gábor Patachich (1733-1745) 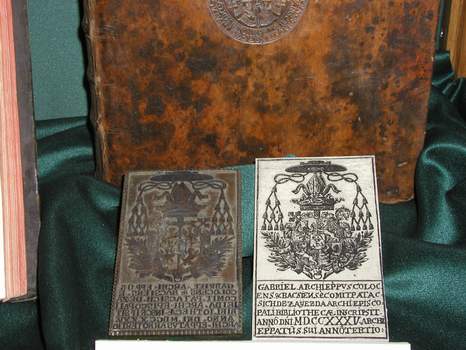