A selection of the old, rare books of the library (manuscripts, incunabula, antiquities, old Hungarian books)

Of all the stock, some 90,000 volumes are made up of old books. The collection of more than 800 volumes of manuscripts contain 64 codices of the Middle Ages (11-16th Centuries). Their contents are quite varied, including Scripture, book of psalms, constitution of religious orders, a collection of sermons, as well as medicine, jurisprudence, astronomy and history. The oldest of them, the so-called St Fulgentius codex dates from 1040. A manuscript of the 13th Century contains four works of Aristotle dealing with philosophy and ethics, with numerous comments and annotations on the margins dating from the same era. The most attractive artistically decorated piece in the collection is a book of psalms from the 15th Century. The oldest of the rich collection of medical codices is Compendium medicinae dating from 1330, and deals with types of illnesses accompanied by high temperatures, as well as giving an overall picture of medical knowledge of the era. The book of Brachaditz Christian dating from 1432 deals with astronomy, giving information about planetary motion, the distance of stars, richly illustrated by pictures of horoscopes. Petrus de Crestentius in 1431 wrote Liber ruralium commodorum which deals with agriculture, and his work greatly influenced the development of farming of his time. 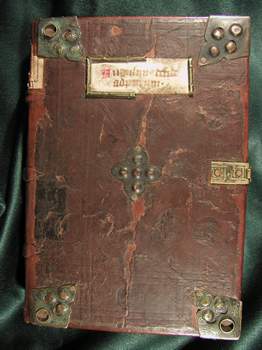 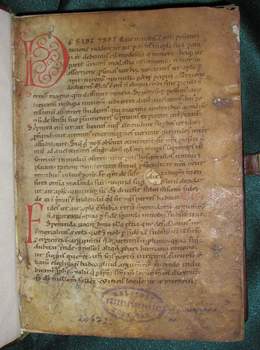 Pictures of the St Fulgentius codices (1040) 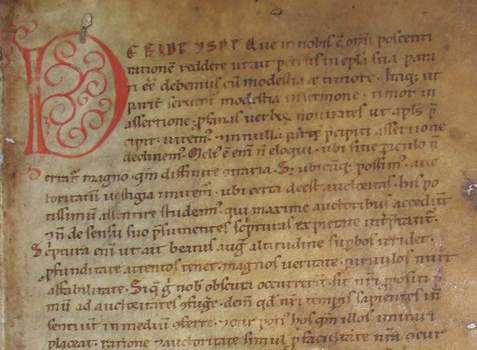 Segment of the first page of the St Fulgentius codex

Valuable sources of the manuscript collection of the modern age: the letters of István Bethlen from Ecsed castle (1639-1647) in Hungarian; historical summaries in Latin: the Continuatio Bethlenianae (1601-1607), about the history of Transylvania in 1694, about the French revolution in 1791. Highly valued source of the history of the Hungarian Church is the work by György Lippay, Archbishop of Esztergom, Visita Canonica, from 1652, in 3 volumes. The battles fought against the Turks in Hungary are depicted in Raymond Montecuccoli’s work: Dell ‘arte bellica, from 1660-1664. Dating from 1677 come the books of account of the treasury of the court of Emperor Lipót. The collection contains several handwritten works of historian István Katona, Canon of Kalocsa and librarian, as well as letters sent from China by Péter Pázmány, and Jesuit missionaries. Nice illustrations can be found in the album made in 1738 by Lorenz Pachmayr, and the Nürnbergische Chronica of 1626. The Encyclopaedia of Davud el Antaki (David of Antioch) gives explanations of scientific and other subjects in Arabic, for words coming from the Arabic as well as from other languages. The “Our Father in two hundred and fifty-four languages” is the work of Gyula Kanyó, priest of Kalocsa. The manuscript was made in 1894 in Rome. 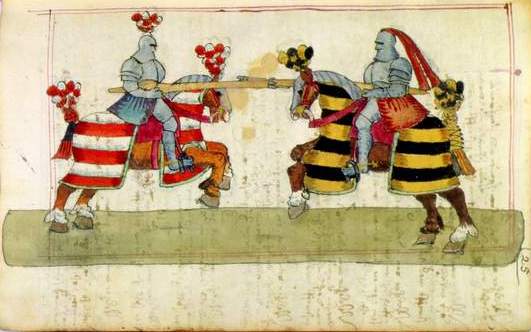 An illustration from the Chronicle of Nürnberg (Nürnbergische Chronica, 1626)

There are 508 incunabula (books printed before 1500) in the library, several of them are the only specimen in the country. To mention some of the well-known incunabula that can be found here: Peter Schöffer of Mainz, Anton Koberger of Nürnberg, Günter Zainer of Augsburg, Nicolas Jenson of Venezia. The largest group is made up of theology and religious literature. Next are the Greek-Latin classics and the natural sciences (among them Konrad von Megenberg: Buch der Natur, Augsburg 1475; Johann Bämler. Note: the digitalized version of this document can be seen on our homepage: Digitalized documents). These are followed by history (4 specimens of them, Hartmann Schedel: Das Buch der Chroniken, Nürnberg, Anton Koberger 1493), philosophy, jurisprudence and linguistics. One of the most elaborate incunabula is the Decree of Gratianus, published at München in 1472. 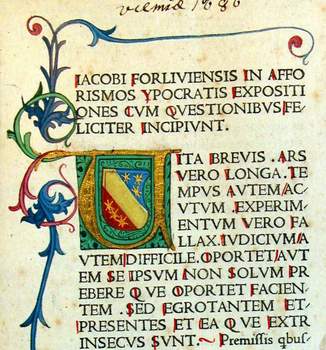 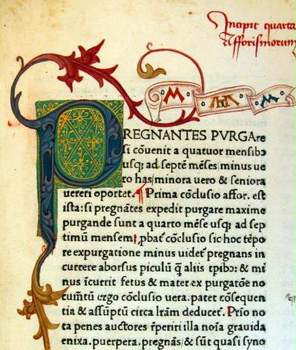 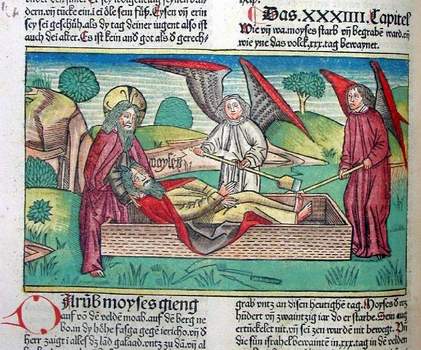 It is during the 16th Century that books assume their modern format (shape, material, apportionment, title page, numbering of pages). The large publishing houses of the era, the French étienne, the Dutch Christoph Plantin, Johannes Frobenius of Basel, in the spirit of humanism, published works of the classical Latin-Greek writers on a high artistic level. From the publishers of Basel came books of theology, philosophy, medical subjects; Aldus Manutius of Venezia published pieces (the so-called Aldinas) of which the works of Hippocrates, Demosthenes, Seneca, Homeros, etc, can be found in the library. 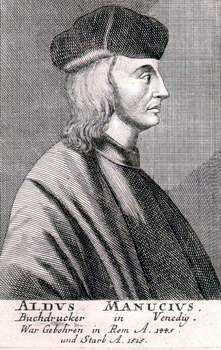 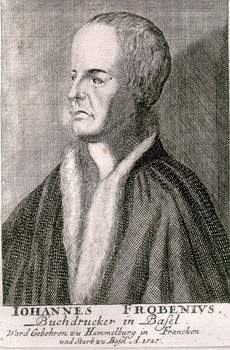 Of the printing houses of the 17th Century the printing family of Elzevir stands out with their publications (the so-called Respublicas) of description of countries. In the 17th Century a noteworthy representative of the Dutch book culture, besides the Elzevirs, was William Janszon Blaeu, publisher of maps and atlases. Several of his maps are kept in the collections of the library. 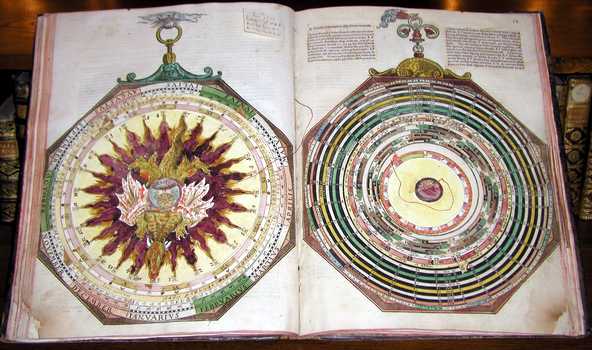 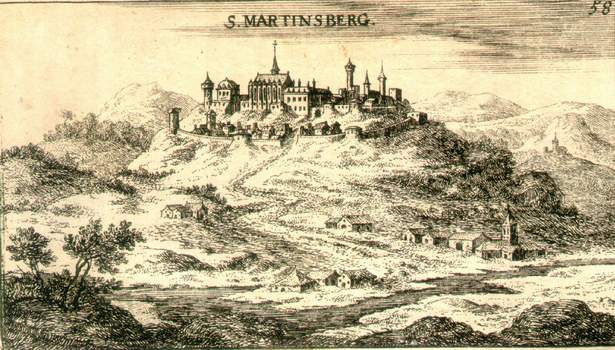 From the collection of the old Hungarian books (RMK) which were published before 1711 the works of Pelbárt Temesvári (1509) and Miklós Telegdi (1577) can be found, as well as the chronicles of Antonio Bonfini (1568) and Gáspár Heltai (1575), and the first edition of the Bible of Gáspár Károlyi, or the guide of Péter Pázmány. In 1538 in Vienna Gábor Pesti’s dictionary in six languages was published. Of this first edition Miklós Jankovics stated in 1834, that it was the only specimen that could be found in the Hungary of that time. 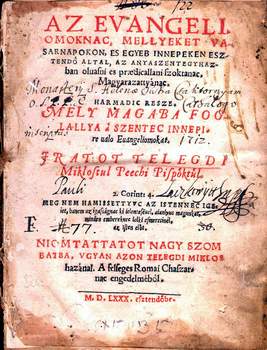 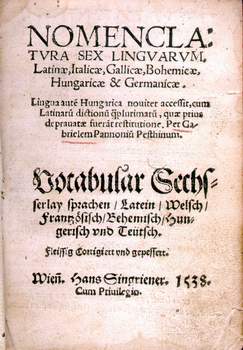 On the pictures, left: Miklós Telegdi: The Scriptures, which on Sundays are usually read and about which sermons are given... Holy Saturday, 1580. Right: Gábor Pesti: Nomenclature Sex Linguarum, Vienna 1538. 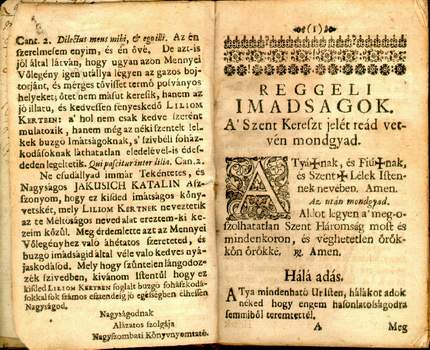 The first page of the prayer book called “Garden of Lilies”. This book travelled to Rodosto (Turkey).

And on earth peace