The History of Music in the Archbishop's Library - 2015

The History of Music in the Archbishop's Library

For the 1000th anniversary of European musical notation (Guido of Arezzo /991-1050/ Italian Benedictine and music theorist, inventor of the modern musical notation) and the 330th anniversary of the birth of Johann Sebastian Bach. This year we have made a selection of documents that are related to music and to the history of music to remember and honour the greatest musicians and music theorists.
The first part of the temporary exhibition explores the history of music in ancient times. Only a little musical heritage left from ancient times. Our knowledge of ancient music is very limited and mostly of musical events during festive or cult occasions and of the most common instruments that can be seen in ancient pictures. Decorated instruments found during excavations in Ur prove that instruments were already made in the 3rd millennium BC. Music was a key element of the Sumer civilization. The musicians of the religious ceremonies in ancient Egypt were priests who accompanied female vocalists on their instruments. The texts of the temple ceremonies were sung by choruses. Later, trumpets, recorders, double reeds, clarinets, tambourines, wooden ratchets, drums and sistrums broadened the list of instruments. Sistrum was a sacred instrument in ancient Egypt and it was often used during religious ceremonies. L'antiquité expliquée et représentée en figure (Antiquity Explained and Represented in Diagrams) (1721-1735), a book of 15 volumes by French Benedictine monk Bernard de Montfaucon contains copperplate folio engravings of classical instruments and their usage including the sistrum. The musical heritage of Mesopotamia and Egypt are presented in the works of Olfert Dapper and Laurentius Pignorius illustrated with 17th century engravings. 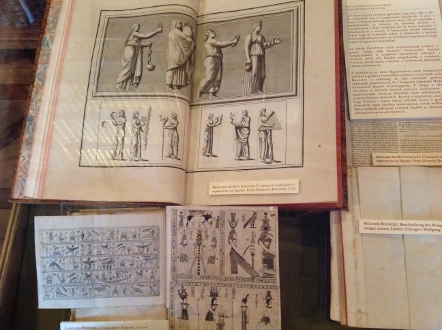 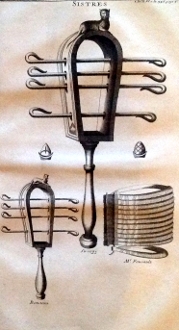 Among all ancient cultures, the role of music was most significant in the Greek world because that is where music first became part of the general knowledge. Music was an internal part of religious ceremonies, performances of Greek plays and the Olympic Games. 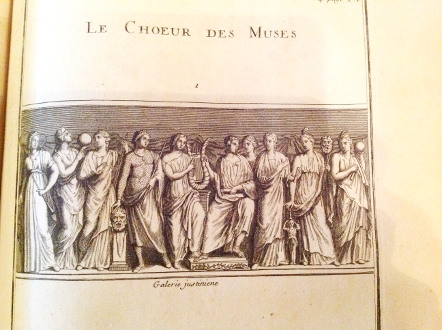 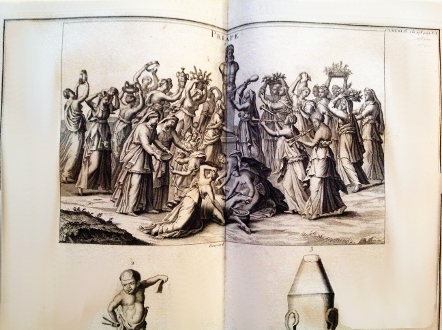 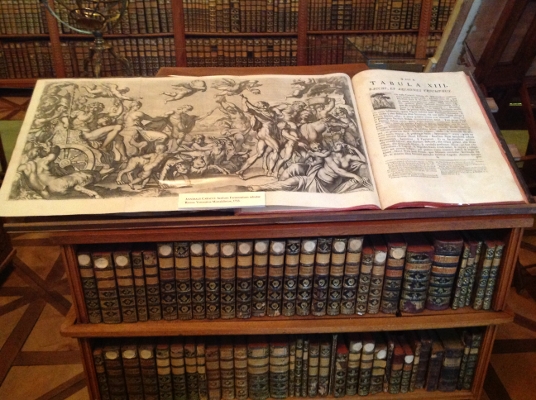 Music is present in the Bible, too. Several books of the Old Testament is about music. Having finished the building of the temple in Jerusalem, Solomon arranged an orchestra: more than a thousand priests played their instruments during major religious ceremonies. The Bible dictionary (Dictionnaire historique… de la Bible, Paris, 1730.) by French Benedictine monk and theologian Augustin Calmet depicts the enthralling musical celebrations in the Temple of Jerusalem. The most famous of all the 16th-century illustrated Bible editions is a 1541 Luther Bible from Wittemberg with the engravings of Luca Cranach and the Latin 1583 Christopher Plantin Bible from Antwerp which contains several music-related engravings.
The codices exhibited represent the world of music, the art of books and Biblical texts through music. In the 13th century Biblia Latina was handwritten in tiny letters of only a few millimetres on film-like parchment. One of the most valuable manuscript of our collection is an edition of the letters of St. Paul with the commentary of 12th century Archbishop of Paris, Petrus Lombardus. The edition is heavily ornamented with gilded initials. 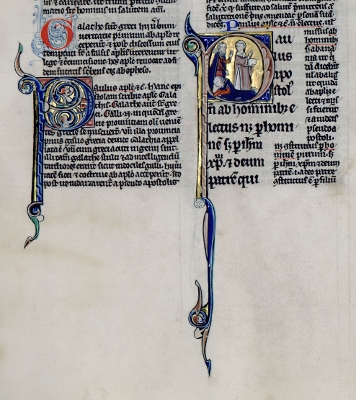 His commentary edition today is considered a rarity owned by only a few libraries and read only by a small number of scholars. Founder of the library, Archbishop Ádám Patachich, bought one of the most beautiful parchment codices of the library at an auction in Vienna. The 15th-century psalm book is richly decorated with gilded initials, small images and miniatures. The initial capital letter depicts the portrait of King David playing the harp. 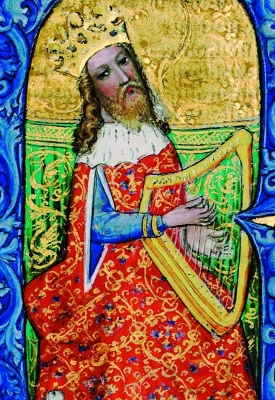 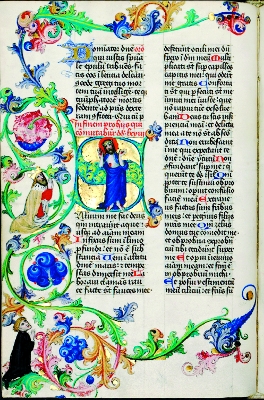 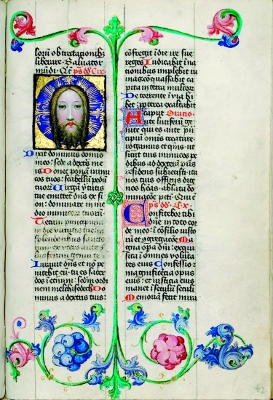 Words of the Bible are present in Gregorian chants, psalms and antiphons. Gregorian chants are ancient, official, Latin-language songs of the Roman Catholic Church. Pope Gregory I (590-604) was the first to organize the full body of plainchants of the Catholic Church. Moreover, he collected song melodies of his era. In addition to the codices containing 14-15th century Gregorian music sheets, 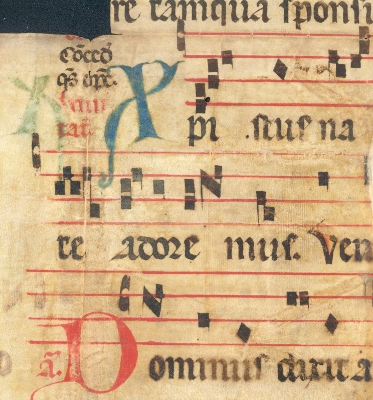 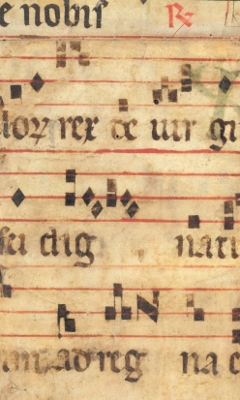 hymns and antiphons (Missale ad usum laicorum. Missale cum sequentiis, hymnis, antiphonis),  our exhibition presents a 14th century edition of Dialogues by Saint Gregory the Great.
Secular music of the Middle Ages were represented by courtly poetry which originated in France. Partly influenced by France, musical poetry of the German chivalry called "Minnesang" evolved, too. The old German word, Minnesang, means "love-song" since the main theme of the songs were love. Along with the noble singers, there were minnesängers of the middle-class who added to the glory of the courts. During the Renaissance, there were more and more official and amateur musicians who earned a valued place and fame all across Europe. Renaissance was the golden age of choruses and vocal singers. A wide variety of wind, bowed string and keyboard instruments were known at the time but the favourite instrument of the era was the lyre. Woodcut illustrations of singers playing the lyre and Renassaince dances appear in many books including Schedel's World Chronicle published in 1493 in Nuremberg and the 16th century editions of the works by Cicero, Boethius, Boccaccio, and Petrarca. 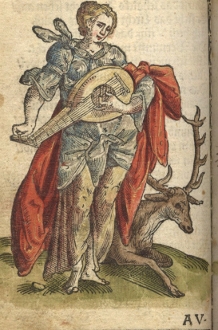 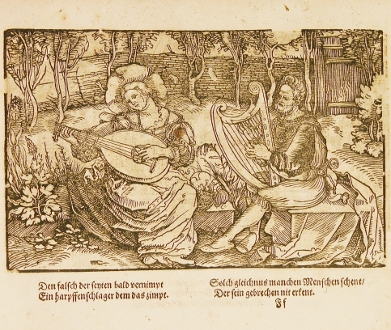 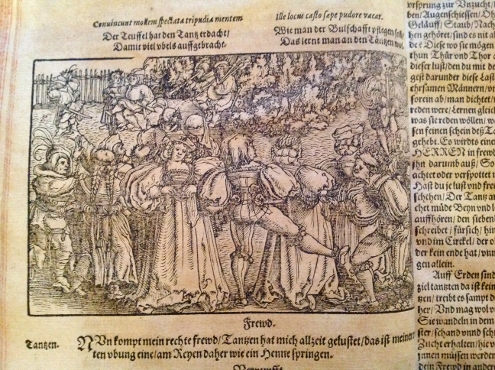 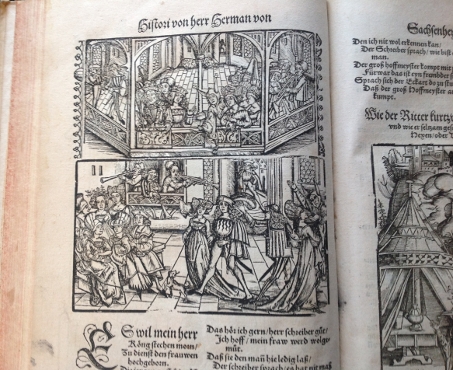 Baroque music has the biggest influence on music styles. Musical forms and genres that are still common today appeared in the era. Vocal and instrumental music started becoming an individual style of music and within vocal music, chorus and solo singing were differentiated. During this time, chamber music – music that is composed for a small group of instruments – appeared along with the Baroque orchestra that contained various types of instruments. The Baroque orchestra served as the model for today's symphony orchestras. The showcase presenting the history of Baroque music is featuring two works by Johann Mattheson (1681-1764) who was one of the most significant Baroque composers and music aestheticians of his era. His work, Der vollkommene Capellmeister, published in 1739 in Hamburg, serves as a guide for all the composers of any genre.
As part of the temporary exhibition, you can also see some of the moments of Franz Liszt's visit in Kalocsa including letters written by him and photos of him. Moreover, his choral work with his handwritten dedication to his friend Archbishop of Kalocsa Lajos Haynald is also part of the exhibition. 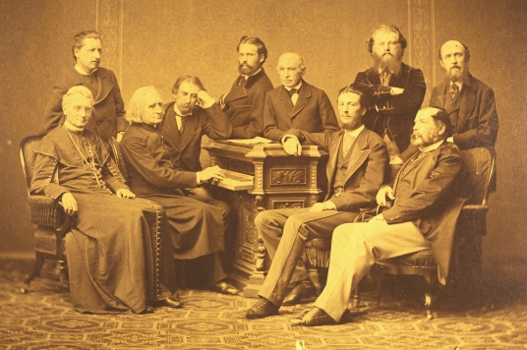 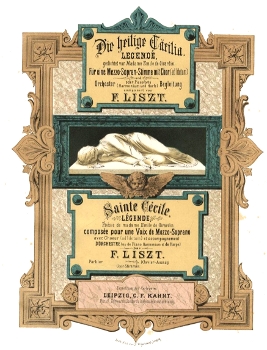 Please visit our Music History Exhibition in one of the most beautiful library rooms of Hungary, in the reading room of 18th century Archbishop Ádám Patachich. The exhibition is open from 30 Mach 2015 until 31 December 2015. (daily 9 AM – 5 PM, Mondays closed)

PHOTOS OF THE OPENING CEREMONY

AUDIO RECORDING OF THE OPENING CEREMONY

News on the event in Hungarian: