Exhibition in Honour of the International Year of Astronomy

2000 years of astronomy books in
Kalocsa

The International Astronomical Union and UNESCO designated 2009 as the International Year of Astronomy. This anniversary is closely related to the great events of the history of astronomy, as it was four hundred years ago, in 1609, when a telescope for astronomical observations was first used. Galileo Galilei was the one whose observations confirmed Copernicus' Sun-centred worldview, so the beginning of modern astronomy is strongly linked to the observations made 400 years ago. The book, “Astronomia Nova” (“New Astronomy”) by Kepler was published 400 years ago.

The 150 thousand volumes of The Cathedral Library of Kalocsa is a uniquely rich collection of scientific works including a number of rarities in the history of astronomy. The exhibition comprises milestones of astronomy history of the last centuries: the selection of works by Ptolemy, Copernicus, Kepler, Galileo, as well as the handwritten drawings of solar eruptions by the world-famous Jesuit astronomer, Gyula Fényi from Kalocsa.

According to its title, “From Ptolemy to Gyula Fényi”, the book exhibition offers a selection of aspirations of two millennia for a comprehensive understanding of the world. At the same time it provides both a longitudinal and cross section views of the picture and understanding of the Universe. Longitudinal section view as it presents the works in chronological order through thousands of years; cross-section view, as it provides different world descriptions written for readers of different interests. 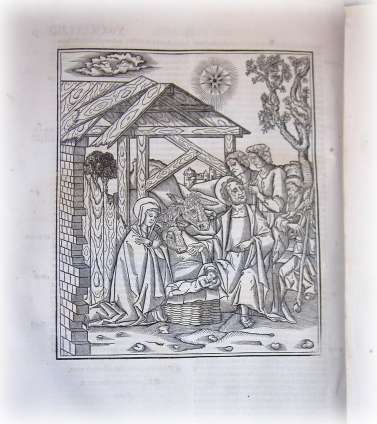 In the Bible, we read about the Bethlehem star, one of the most famous astronomical phenomena that appeared in the sky at Jesus Christ's birth two thousand years ago. The exhibition features numerous woodcuts and medieval depictions of the star and the "three kings" who followed the star of Bethlehem. The story of the star and the Magi is one of the most interesting parts of the New Testament and perhaps the most depicted motifs of the Christmas festivities. 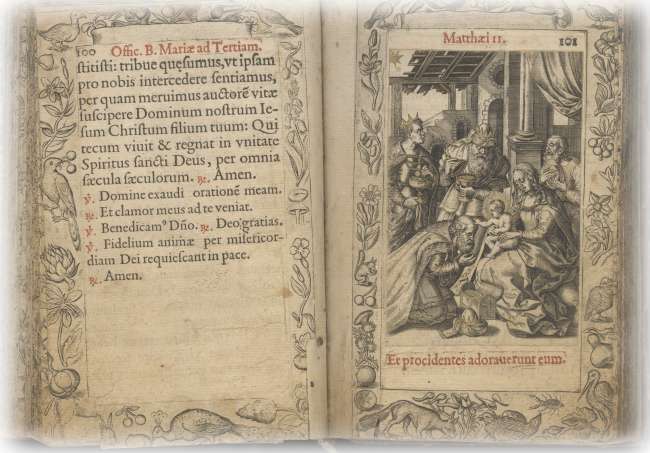 Scientific astronomy and calendar calculation developed from sky observations made by past civilized peoples. Beyond practical use, one always looked curiously at the world: how it formed, how it developed. But sometimes perhaps even the most down-to-earth mathematicians and philosophers of the most abstract thinking looked at the sky dreamily admiring the global phenomena. Probably there is no other astronomer whose name was written many times, as the second century’s Ptolemy working in Alexandria. The view of the world that was named after him (geocentric) determined the thinking of the scientific public opinion until the Copernican revolution. In the renaissance Europe his work was an incentive model. Visitors can admire several editions of his work published in the 16th century. 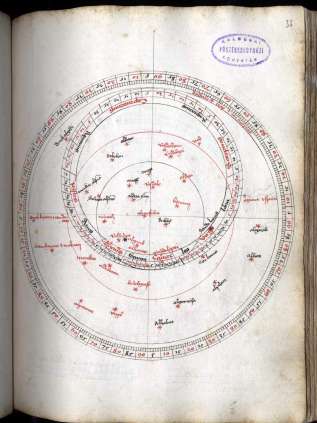 One of the oldest items of the exhibition is a richly illustrated Code of 1432, by Christian Brachaditz which presents the path of the planets and the distance of the stars. Examples of the practical application of astronomy and calculations typical to different ages can be found among the works presented. We should draw special attention to the great astronomer-mathematician Johannes Regiomontanus's copies of calendars dating from 1492. Christopher Columbus sailed and defined his geographic location based on the data of such a calendar. 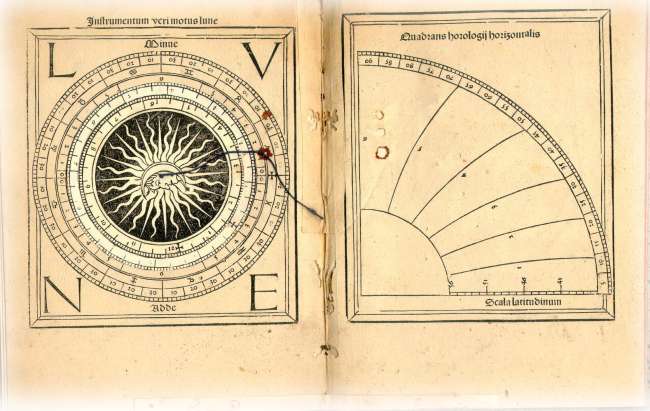 Copernicus wrote his theory in the book called “Revolutions of the Celestial Spheres”. The Basel edition of his work from 1566 is one of the curiosities of the exhibition. 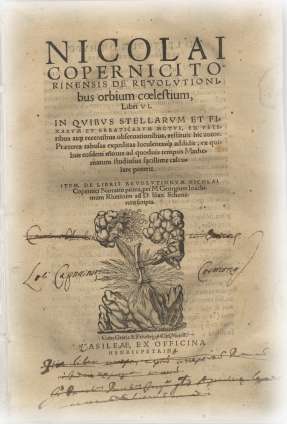 An exceptional rarity is Tycho Brahe, Danish astronomer's book printed in 1598, only a few recorded copies of which exist in the world. 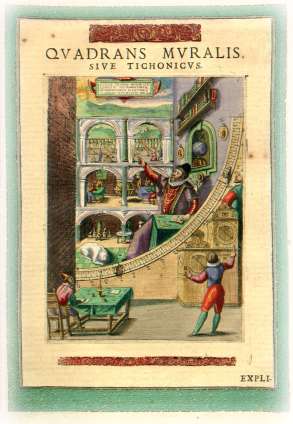 Image and ideas about the world of astronomy can be seen in the late-medieval and Renaissance works. They are sometimes naively charming or of artistic pictures such as the engraving of the Schedel World Chronicle. 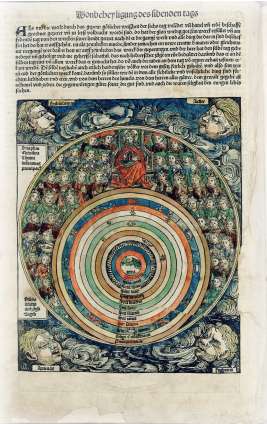 Papers on the celestial spectacles and the Planet are for a wider range of interested parties. In the Roman Imperial period “Poetic astronomy” was written by Hygius listing stories related to constellations. This tradition continued in the “modern constellations” by the Hungarian-born Miksa Hell in the 18th century. 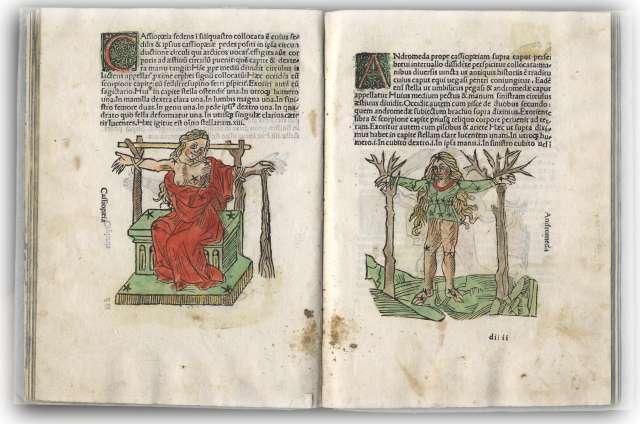 The Hungarian aspects of the exhibition deserve special attention. For instance, Georg Peuerbach of Vienna, the admirer of János Vitéz and especially the German Regiomontanus, the astronomer of King Matthias and Archbishop Vitéz are closely related to the Hungarian Renaissance. Their work is represented in number of early printed works. 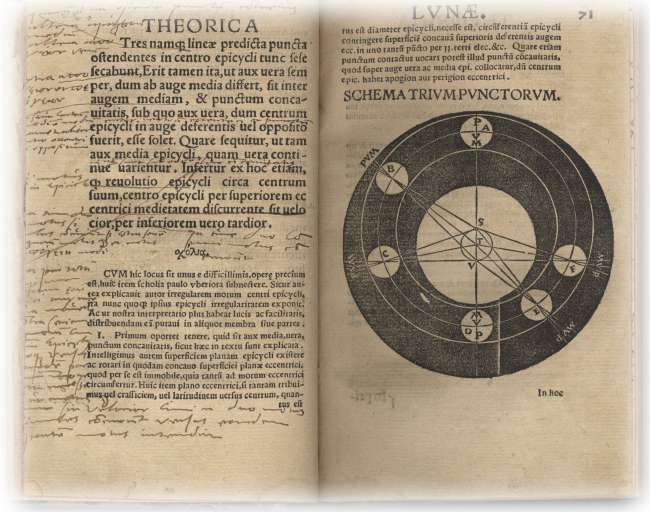 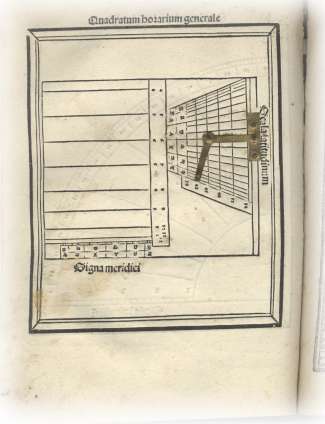 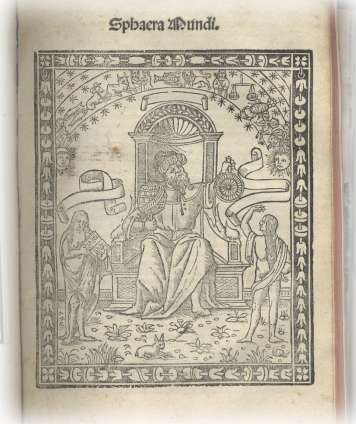 The representative of the Hungarian science resurging in the 18th century is Maximilian Hell, the director of Vienna observatory, whose first report on one of the most important expeditions in the north of Norway can be found in the library. 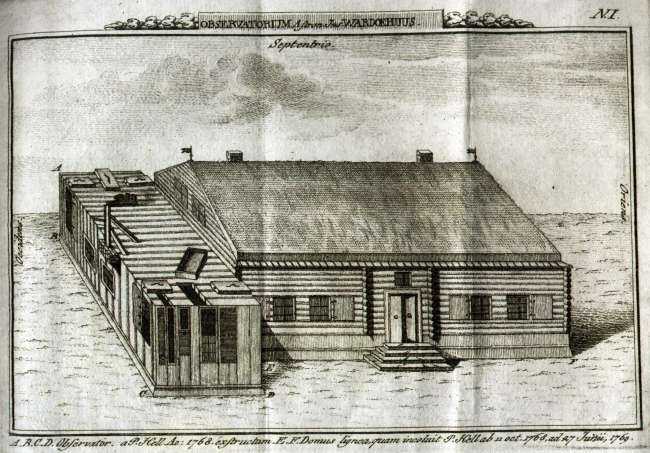 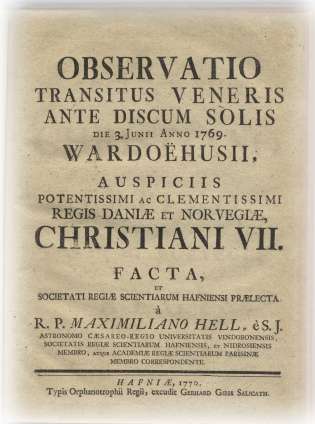 In addition to Kepler’s, Galileo’s and Newton’s works, astronomical atlases and books richly illustrated with stars make the exhibition unforgettable. 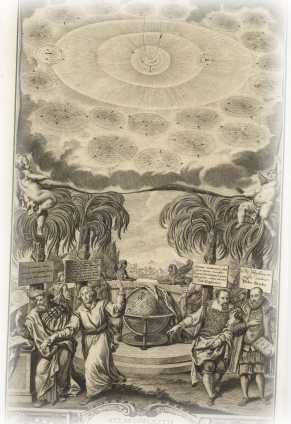 Of course, the Cathedral Library exhibition series would not be complete without the presentation of the publications by the Jesuit Astronomer of Kalocsa, the solar researcher Gyula Fényi. Thanks to Fényi’s supremely industrious solar observations, Kalocsa was better known than Budapest among the astronomers in the 19th and 20th centuries. 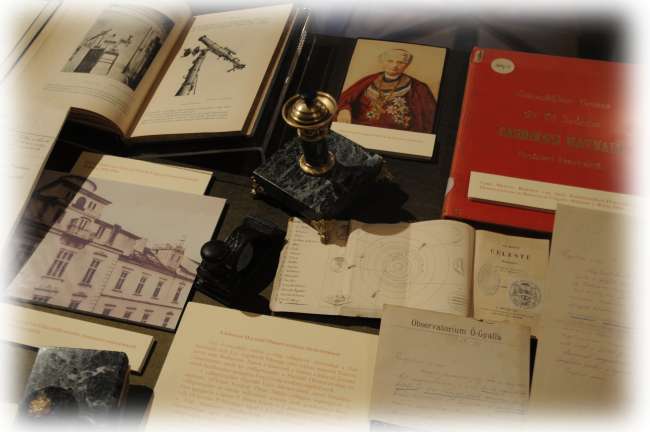 Walking through the exhibition, we can get an overall picture of the journey mankind covered in two millennia to understand our universe better.  Behind the simple engravings of the incunabula and the valuable and still highly accurate observations by Gyula Fényi, one must feel the human pursuit of learning about nature, and disseminating knowledge.