In 2013, the 1700th anniversary of the Edict of Milan, a document proclaimed by Constantine the Great to ensure religious freedom for Christians is commemorated worldwide. Twenty years ago in 1993 Pope John Paul II issued his bulla Hungarorum Gems, in which as part of the national modification of the diocesan boundaries the Roman Catholic Archdiocese of Kalocsa-Kecskemét came into being. The temporary exhibition of the Archbishop Library of Kalocsa commemorates both eminent anniversaries. Through the documents displayed our visitors can learn about church history from the persecution of Christians to the recent centuries. The proclamation of the Edict of Milan was preceded by the centuries-long persecution of Christians. In his works Eusebius Cesareai ancient historian provides a detailed account of the persecution of Christians of the first centuries. The Eusebius Code of the 15th century collection is decorated with many painted initials. 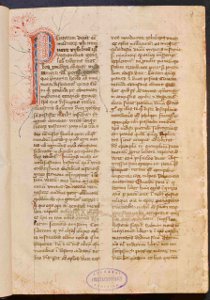 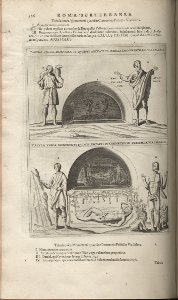 In addition to the Code many 17-18th century volumes illustrated by copper engravings are lined up in the Library about this period, including the Roma Subterrannae released in 1659 to give one of the first pictorial descriptions of the Original Christian gathering places, the catacombs. Constantine the Great legalized the exercise of Christianity in the Roman Empire and protected from the religious prosecution of Christians. By the 8th century Christianity became the most adopted religion in Europe and the surrounding areas, and the period of consolidation began. There are many 16-17th century depictions of Constantine the Great in our exhibition, including the image of the Emperor by Hubert Goltzius German graphic artist and historian released in 1557. 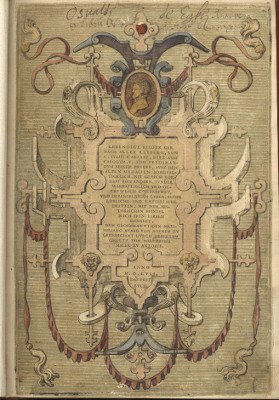 He created engravings depicting Roman Emperors after finding original coins. He placed the colored wood-engravings in chronological order and wrote a biography of all the Roman Emperors primarily in Latin, but also released them in German, French and Italian. In addition to Goltzius’ book, Schedel’s hand-painted and wood-engraved World Chronicle also depicts Constantinople.
In the centuries following Constantine the Great Christianity spread in the whole territory of the Roman Empire. The exhibition commemorates many missionary apostles, including St. Patrick, St, Columban and St, Martin. In the Golden Legend of Jacobus de Voragine monk the biography of saints can be found. The book’s popularity in the Middle Ages surpassed all imagination, it was translated into almost every European language. For those interested in the Middle Ages the Legend relays a vast millennial cultural treasure. Both the 1488 Nuremberg edition and the 1521 Strasbourg edition of the famous work are shown. 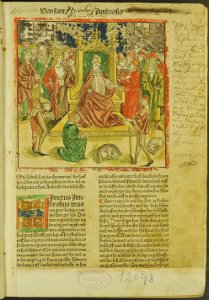 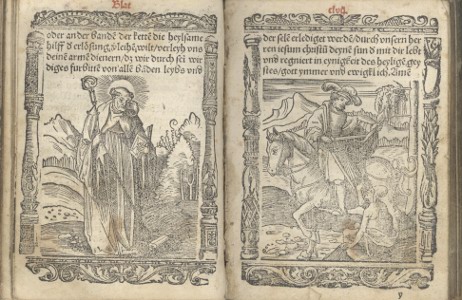 The Codes displayed in the exhibition comprehensively represent the book art and the world of the Middle Ages. The Biblia Latina was copied onto thin parchment film with letters only a few millimeters in size in the 13th century. One of the most valuable handwritten manuscripts of the collection is the letters of St. Paul commented and elaborately decorated with gilded initials by Petrus Lombardus Parisian Archbishop of the 12th century. The commentary had been read by only a few scientists and is the jealously guarded treasure of only a few libraries today. 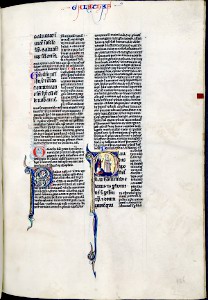 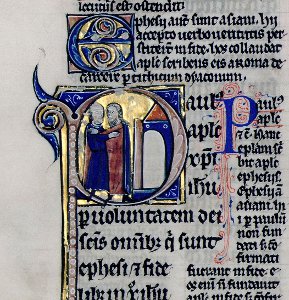 The founder of the library, Adam Patachich Archbishop bought one of the most beautiful parchment codes of the library in an auction in Vienna. The 15th century Book of Psalms is elaborately decorated with gilt initials, small in-text pictures and miniatures. The preconditions of the dynamic missionary activity in the beginning of the Modern Era were created by great geographical discoveries. The rare pieces of the library’s collection of maps expressively present the newly discovered continents. 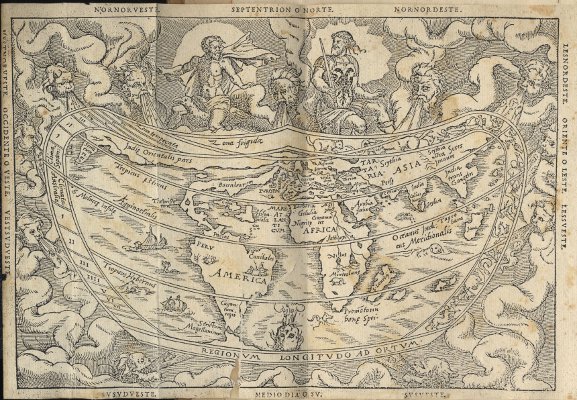 Visitors can admire the rare gems of cartography history, including the 1564 world map of Girolamo Ruscelli, 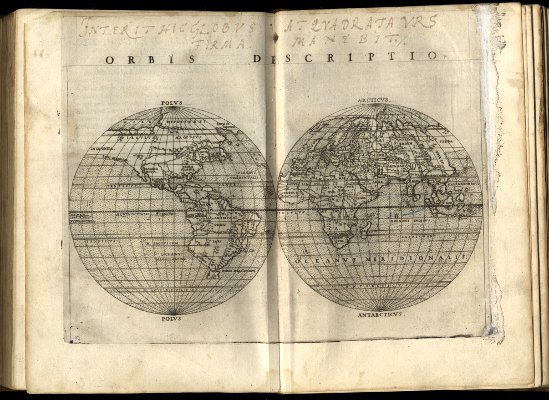 the heart-shaped cosmographical representation of the world map by Janos Honterus from 1558, or one of the large atlases by Gerardus Mercator, Abraham Ortelius or Nicolaus Sanson. At the end of the 16th century in the copper-engraver workshop of Flemish engraver Theodor de Bry appeared the multi-volume collection named America with high-quality engravings. The works of Spanish monk Bartolomeo de Las Casas are the era’s valuable documents and the most important sources of the Spanish colonization. In his work exhibited he reported about the ferocity of Spanish and Portuguese conquerors. 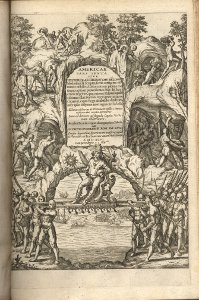 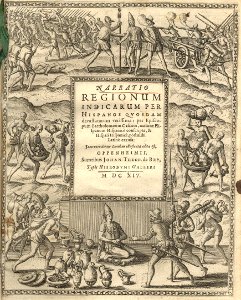 In the exhibition many documents commemorate the various religious orders and missionary activities of convents. The Jesuits and members of the mendicant orders endured enormous difficulties, often made superhuman sacrifices and even accepted martyr death to spread the Christian faith in distant continents. Besides the Chinese, Hindustan and Tatar-language scriptures used to spread faith Buddhist meditation books written on palm leaves in Pali language can be found. The exotic manuscript was bought in the Island of Ceylon by Jesuit missionaries in the 16th century. St. Francis Xavier arrived in Japan in 1549 and this date signifies the spread of Christianity on the island. The letters of St. Francis Xavier, the guide books of Arnoldus Montanus and the maps and illustrations of the 17-18th century provide insight into the history of Japanese missions. The Tibetan translation of Our Father was copied by Gyula Kanyó priest from Kalocsa. There are versions in 254 different languages in the handwritten volumes. The documents found in the exhibition present the history of the Archdiocese of Kalocsa. 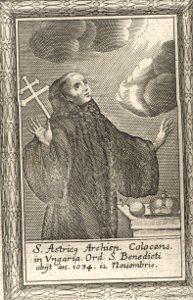 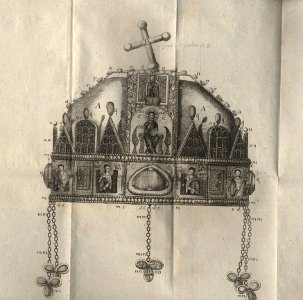 These include descriptions of the Saint Crown illustrated with engravings, documents about St. Stephen King, the founder of the archdiocese, Asztrik, the Archbishop who brought the crown from Pope Sylvester II and the 1575 and 1545 chronicles of Gáspár Heltai and Antonio Bonfini. 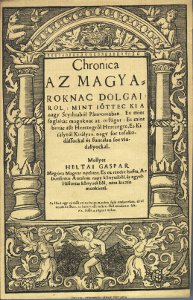 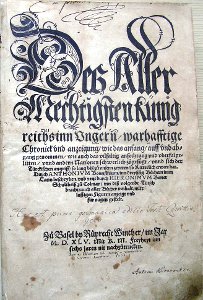 Stephen Katona Jesuit historiographer published a two-volume work in 1800 about the history of the Archdiocese. Besides his precious manuscripts the first printed map of the diocese can be seen from 1801. The church history exhibition is held in one of the most beautiful library rooms of the country, in the 18th century baroque reading room of Archbishop Adam Patachich. The exhibition takes place between April 1st 2013 and December 31st 2013. (daily from 9am to 5pm excluding Mondays). Address: Archbishop Palace -6300 Kalocsa, Szentháromság Square 1.